Understand the law and protect your rights for the consequences of not can lead to big fines and jail time.

Leavell & Rivera, PLC Understands what it takes to make sure your story is heard and your rights protected. 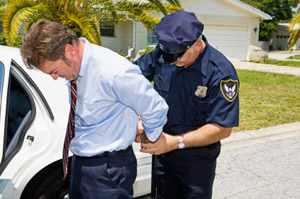 Domestic violence occurs within family settings or intimate relationships and covers physical, verbal, emotional, mental and financial abuse in order to gain control over the victim.

Sadly, most abuse goes unreported for a variety of complex reasons, leading to a cyclical pattern and escalation over time.

Like assault and battery, it is common for domestic violence arrests to happen in a home in front of children, other family and friends.

Even if the victim does not ask for the other person to be arrested, Arizona police may decide to make an arrest if they believe a crime has taken place that can be proven in court.

After an arrest and before formal charges are potentially filed can be a critical time frame for the accused. Domestic violence convictions can lead to:

When domestic violence in Phoenix is reported by an alleged victim, police often immediately get involved and charges will be filed if they see a case.

By contacting an attorney immediately, an attorney can work with the prosecutor before formal charges are filed. The benefit is the prosecutor will have your side of the story, not just the information in a police report before choosing whether to file charges and, if so, what charges will be filed.

What an attorney can do

If an experienced domestic violence attorney in Phoenix is brought into the process early, the likelihood of a successful court outcome increases. An attorney can investigate the charge, which includes seeing if the accuser had an ulterior motive such as gaining an advantage in a divorce or child custody support. An attorney can protect your rights when additional legal problems such as restraining orders and no-contact orders are concerns.

Refuse to be a victim

Leavell and Rivera, PLC is a full-service law firm experienced in numerous areas of law. Our attorneys provide Arizona families and businesses with quality and affordable legal services. Call for a Free 30 Minute Consultation.